Frankston and Southern Melbourne have too few local jobs, today … 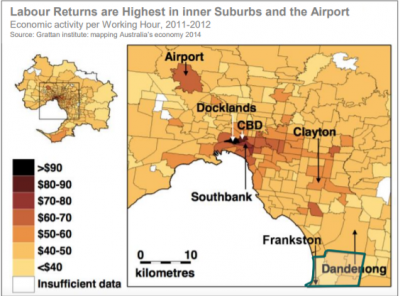 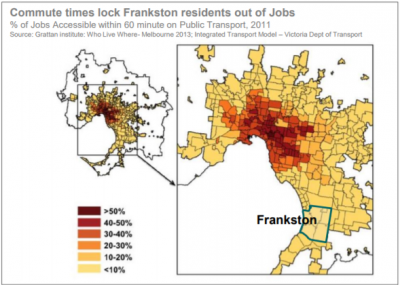 In Frankston, and more broadly across South Eastern Melbourne, access to work is arguably the most critical issue impacting on our community and feeds into other regional problems like social disadvantage, economic inequity and stagnating productivity.

But this doesn’t really come as a surprise, given the residents in the City of Frankston have:-
• fewer than 28 local jobs per 100 residents
• access to less than 10% of Melbourne’s job market via a 60-minute public transport commute, and
• only between 10-30% of Melbourne’s jobs reachable by a 45-minute private vehicle commute.

…and these will be even scarcer in the future

Over the next 15 years, Outer Southern Population Growth will continue to outstrip Employment Growth

Projection based on the 2011-2015 run rate
Source: Dept of Economic Development, Jobs,
Transport and Resources 2016 Analysis 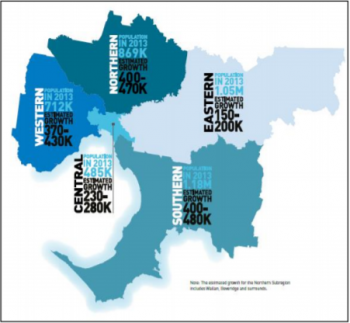 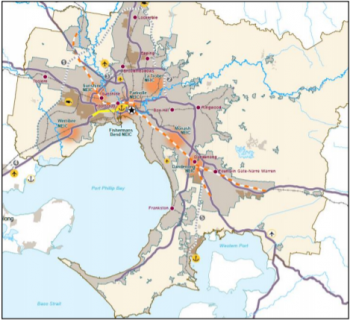 Looking forward to 2051, Plan Melbourne forecasts that population growth in the South-Eastern Melbourne will average 1.8% year-on-year but regional job growth will languish at 0.5%.

To stabilise our local job market, at current levels, in the face of such rapid population growth Frankston will need to be creating a minimum of 850 additional local jobs each year.

A Monash University (globally ranked #80) and
Peninsula Health partnership will allow
Frankston to lead academic research on some
of the next centuries most pressing health
issues: age-care; chronic illness (diabetes,
heart disease, dementia), and addiction.

A populated and vibrant city will boost the local
economy and increase investment appetite.
Demographic diversity is crucial to addressing
social inequality and educational outcomes.