The Liberal Party at federal and state levels, federal Labor and state Greens have all committed to the project.

The Victorian Labor government is the only party not yet to do so. We hope the Andrews government comes onboard soon. 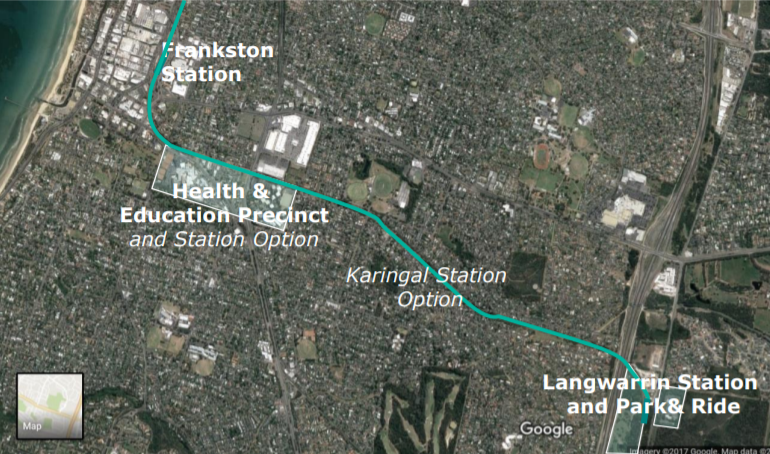 The Frankston rail extension benefits have been defined by Frankston Council as well as various advocacy groups past and present including the Committee for Greater Frankston. The top five will:

1. Connect 37,000 people in Karingal and Langwarrin to Melbourne’s public transport network and jobs up the line.

2. Free up car parking in Frankston’s Central Business District, much of which is taken by train commuters.

4. Get commuters out of cars, off congested roads and back onto our trains, reversing a decline in rail patronage at the southern end of the Frankston line.

5. Create a reliable backbone for public transport in the Greater Frankston region.

In 2018, the Committee for Greater Frankston are calling on both State and Federal governments to commit to the project by pledging an initial amount of $200 million each until, such time as a business case is finalised.  We seek construction of the extension to start within the next term of the State Government.

Read about the progress that has been made so far