Frankston will be hosting the 2018 SKY NEWS Victorian leaders debate televised from the Frankston Art Centre. 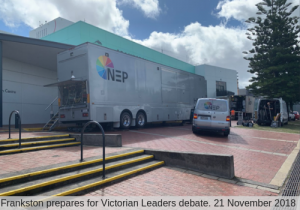 You can follow the debates coverage on SKY NEWS channels on the evening of the 21 November 2018.

The pre-election debate format for the leaders of Victoria’s major political parties has been revealed – a people’s forum.  After much speculation over if and how the leaders would debate, Labor confirmed Premier Daniel Andrews and Liberal-Nationals Opposition Leader Matthew Guy will face-off at a people’s forum to be televised on Sky News on November 21.

The two parties agreed to the people’s forum format “because this election is about the people of Victoria”, the Labor party said in a statement on Monday.  A similar event was held during the 2014 campaign, when audience members were able to ask questions of the leaders.

Victorians go to the polls on November 24, but the state electoral commission expects a record number of early voters. 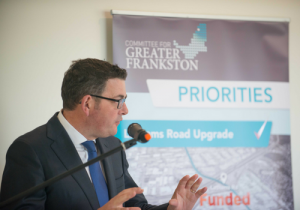 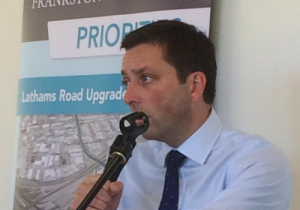 VOTERS in the battleground seat of Frankston will grill Victoria’s state political leaders in their only live televised debate of the state election campaign.

Sky News, in partnership with the Herald Sun, will host the People’s Forum between Premier Daniel Andrews and Opposition Leader Matthew Guy. The two men vying to be premier after November 24 will go head to head in front of 100 undecided voters in the bayside electorate held by a margin of just 168 votes.

The voters, selected by Galaxy Research, ask questions that matter most to them and the people of Victoria. “The People’s Forum will be a great opportunity to hear what’s on the mind of undecided voters and put the two leaders to the test,” said Sky News political editor David Speers, who will moderate the event. “They have no idea what’s going to be asked and nor do we.  “It’s a raw and very real interaction between voters and the two leaders vying to be Premier of Victoria.”

Herald Sun editor Damon Johnston said he was pleased to be partnering exclusively with Sky News for the important public debate. “Our People’s Forum brings both the Premier and the Opposition Leader to the marginal seat of Frankston in the final days of what is proving to be a very tight election campaign,” he said. “It gives the voters of Frankston a chance to ask both leaders the tough questions about local and statewide issues.”

Sky News chief executive Paul Whittaker said the People’s Forum events had proven to be candid and pivotal fixtures during past elections, seeing leaders off-script as they face undecided voters in the local community.  “We’re pleased to bring this important event to Victorians to get the answers they need before making their decision on who will be the state’s next Premier.”

The hour-long Sky News/Herald Sun People’s Forum will be broadcast on November 21 at 8pm from the Frankston Arts Centre.
Watch it on Sky News Live, Foxtel channels 103 and 600, and on the WIN network’s Sky News on WIN, Channel 53 in northern NSW and Channel 83 across all other WIN areas.
A full account of who won the debate and why will be published at heraldsun.com.au on the night as well as in the print edition of the Herald Sun on Thursday, November 22