Focusing attention on just a handful of major issues at any one time, these evidence-based strategies aim to deliver greater investment, more jobs, improved transport, and better health and education outcomes for the people of this region and, in so doing, help our area achieve the progress that it deserves.

The idea to establish a regional advocacy group was inspired by a breakfast convened by Proudly Frankston in May 2015. It was at that meeting that John Kilgour, the then-CEO of the Committee for Ballarat, outlined how Ballarat businesses had combined to successfully advocate for major infrastructure to progress the Ballarat region. An independent working group to establish a Committee for Greater Frankston  was formed that morning and took 20 months to successfully complete its work. The Committee for Greater Frankston was officially launched by Victorian State Government Treasurer, Tim Pallas, on 10 February 2017. With a robust governance structure, a new CEO and an impressive Board in place by March 2017, the Committee’s first task was to develop a strategic direction to move aside some major problems that have plagued Greater Frankston for decades, by setting clear objectives and advocacy priorities for 2017 and 2018.

A more extensive library of information about each of the Committee’s advocacy priorities can be found on this website under Share the Vision. Keep up-to-date with the progress being made by reading The Latest News. 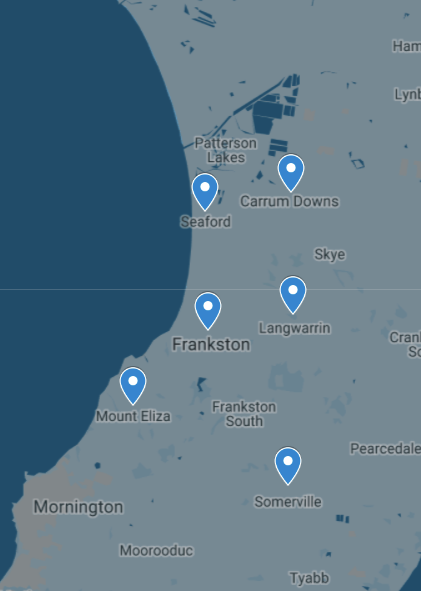 As we farewell 2017 and welcome in 2018, this newsletter: discusses the Committee for Greater Frankston’s advocacy priorties and objectives for the upcoming state election; calls on Council to plan appropriately for more city carparking and announces that VicRoads is undertaking a study into the duplication of Lathams Road. 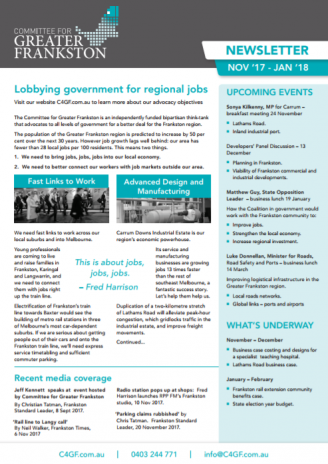 This newsletter gets down to business:

In addition, Monash University gives us a glimpse of its plans to reinvigorate its Peninsula Campus. 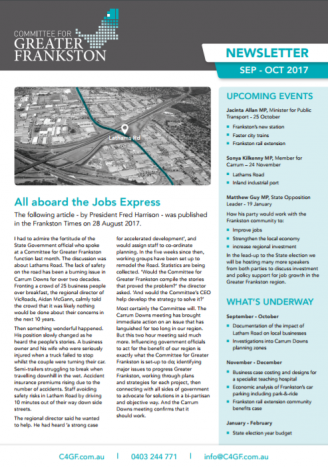 This edition details the two months after the launch of the C4GF. An inaugural President is elected, a CEO starts work and a new Board starts to shape a strategic direction. 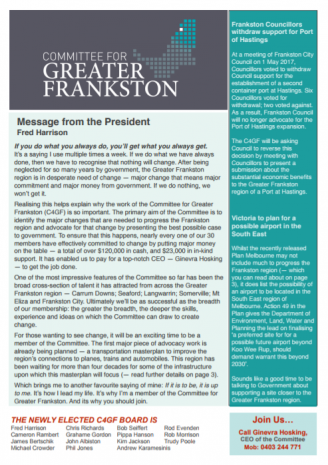 Our first newsletter was produced when the working group to establish the Committee for Greater Frankston was raising money, recruiting members and talking-up major change. 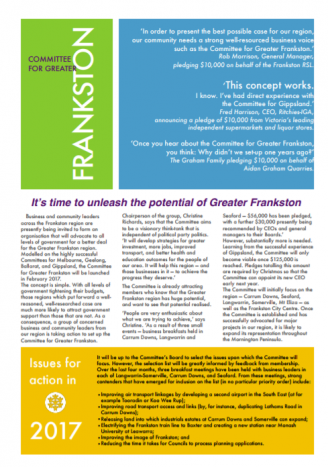