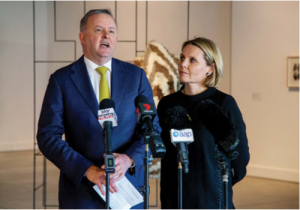 THE electrification of the extension of the Frankston line to Baxter now has bipartisan support from both the Liberal and Labor parties.

Mr Albanese’s announcement last week leaves the Labor state government as the sole hold outs in not yet committing to build the rail extension. The state government is conducting a business case study into the project’s feasibility, paid for by $3 million in federal funding.

“Labor has advocated for the electrification and duplication of the Stony Point Line to Baxter to improve train services for commuters across Dunkley and on the peninsula,” Mr Albanese said at last week’s roundtable meeting.  “And that’s because we know the benefits of this project speak for themselves — better services, greater accessibility to public transport, reduced travel times, and more parking but most important of all, ensuring commuters get home earlier so they can spend more time with their families.”

Committee for Greater Frankston CEO Ginevra Hosking thanked Mr Albanese and federal Labor Dunkley candidate Peta Murphy for backing an expansion the region’s public rail network.  “Having both federal and state major political parties on board is needed to make this project happen quickly. Now we call on the Andrews Labor state government to provide funding for the rail extension,” Ms Hosking said.

Mornington Peninsula Shire councillors will meet their counterparts from Frankston Council tomorrow (Werdnesday 8 August) at a “working dinner” to chew over their differences in policy over the electrification of the Frankston line to Baxter.
The dinner, at Frankston Football Club, comes after shire councillors in May called on the federal and state governments to recognise the shire “as a major stakeholder”, since talks have mostly been conducted between politicians and Frankston Council.The shire said Baxter — which lies within its municipal boundary – would be an unsuitable terminus for the electric train service and wants the line doubled up and electrified to Hastings.  State Hastings Liberal MP Neale Hastings said the electrification to Hastings would be a “stage two” process.  There is no indication of when any such second stage would begin to be built. 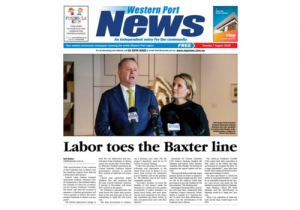 THE Baxter rail project has received another shot in the arm with Federal Labor vowing to start work quickly if elected.

Labor transport and infrastructure spokesman Anthony Albanese said his party had thrown its weight behind the project and wanted to get it underway.  “Labor will move quickly to deliver the much-needed Frankston to Baxter rail upgrade,” he said.
“The recent funding for this project by the Coalition is over 10 years – there is no money for 2018/19 and more than 70 per cent of this promised funding will not be available until years five to 10.  ‘This falls well short of the Coalition’s claim to be delivering the extension of the line to Baxter.”

Dunkley Labor candidate Peta Murphy flagged her party would fast track federal funding to kickstart the project if elected at the next federal election, expected in early 2019.  “A Federal Labor Government will make sure that the extension of the line to Baxter becomes a reality,” she said

Committee for Greater Frankston chief executive Ginevra Hosking said she was rapt federal Labor was behind the project.
“Now we call on the Labor state government to provide funding for the extension,” she said. The federal Coalition has pledged $225 million to electrify and duplicate the line to Baxter and State Liberal leader Matthew Guy has vowed to match that figure if the Coalition wins the election. The state Labor Party has backed a business case, but not pledged any money into the project. 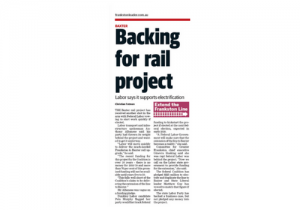 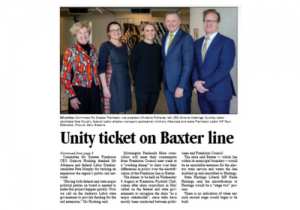