THE two recent successes of Committee for Greater Frankston’s advocacy – Lathams Road duplication and Frankston to Baxter rail extension – were on display for the Greater Frankston and the Mornington Peninsula business community on Tuesday 29 May at the second BITE Conference (Business, Innovation, Technology, Efficiency). Held at Mornington Racecourse and organised by Mornington-based SMART Business Solutions, C4GF was a “community partner” sponsor this year and was among more than 40 exhibitors providing information to more than 350 attendees. 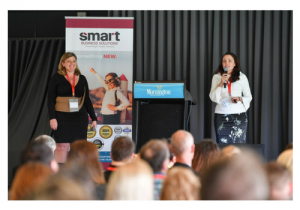 Five days earlier, on Thursday 24 May, the C4GF’s planning subcommittee met with the state government-appointed Red Tape Commissioner, Dr Matthew Butlin, to discuss planning processes in Victoria. A former member of the Victorian Competition and Efficiency Commission, Dr Butlin was appointed in September 2015 and works with businesses throughout Victoria to identify and reduce red tape and regulatory inefficiency. Having the simple objective of making Victoria “easier to do business in.”

On Monday 28 May, Ginevra Hosking and committee vice-president Christine Richards held another meeting with Hastings state MP Neale Burgess about the rail extension project, the second in eight days, and were accompanied by C4GF president Fred Harrison. Still on the train extension project, Mornington Peninsula Shire Council clarified its position in support of an initial stage one rail extension to Baxter with Hastings being the preferred ‘end-of-the-line’ destination in the future. A report to the council stated that two parcels of shire-owned vacant land could be used for car parking in Baxter which would allow residents from the Mornington Peninsula to easily park and connect with a regular metro train service. The rail extension has received (and continues to receive) extensive media coverage and this can be found on our website.

On 30 May, Ginevra Hosking and Chris Richards met Carrum state MP Sonya Kilkenny for what has become a regular quarterly meeting. Topics included the rail extension, the Frankston train line generally and level crossing removals. The two committee women advocated for local community members from Greater Frankston to be part of the steering committee overseeing the Frankston to Baxter extension business case. “We said that the steering committee must have strong community input to reflect the community’s needs and wishes,” Ginevra said. The business case is being run by the state government using $3 million of federal government funds and is expected to be completed in early 2019. The federal government’s $225 million announced in the federal Budget on 8 May is conditional on Canberra having a seat on the steering committee.

Thursday 31 May was the committee’s annual strategy and advocacy priorities forum, a morning tea held at C4GF member Phil Jones’s Frankston International Motel on Nepean Highway. Ginevra said it was “great to connect with our members again” and gratifying to receive universal praise for the committee’s recent advocacy activities and continued endorsement of our strategic direction. About two-thirds of the committee’s 49 members were represented. New topics discussed included ideas to encourage more jobs in Frankston’s CBD and the Carrum Downs Industrial Estate. Frankston City Council has formally joined the Committee for Greater Frankston in May as a Corporate Diamond member. FCC’s chief executive Dennis Hovenden will be the council’s representative on C4GF. A report to councillors noted that councils elsewhere across Victoria – including Melbourne City Council and Greater Geelong Council – had signed up to join similar advocacy groups representing their regions.

On 1 June, Ginevra met state Opposition Leader Matthew Guy; the Liberal Party’s endorsed candidate for Frankston, Senior Sergeant Michael Lamb; and Liberal upper house MP for South Eastern Metropolitan Region Gordon Rich-Phillips at Lucky’s Deli in Young Street, Frankston. On the agenda was the rail extension, car parking (or lack of it!) and the proposed Frankston Hospital redevelopment. Also at the meeting was Brisbane Commonwealth Games bronze medallist weightlifter Francois Etoundi, who lives at Waterways near Aspendale Gardens. Cameroon-born, Francois made his bronze medal lift with an injured shoulder. The meeting attracted a number of deli clients and people off the street who wanted to take photos of the unusual group. Mr Guy confirmed his party’s support of the rail extension, which he outlined at the C4GF lunch at McClelland Gallery in January. After the meeting Messrs Guy and Lamb did a street walk with local businesses 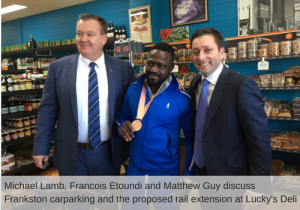 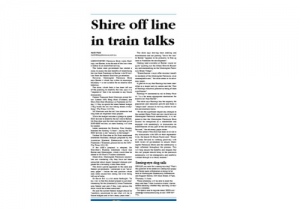 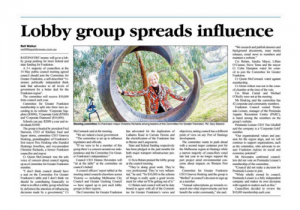 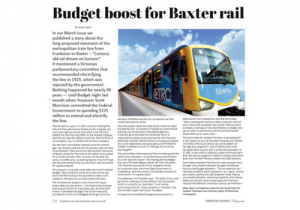 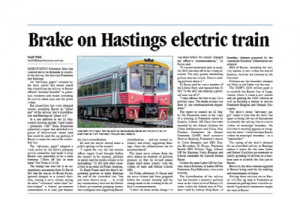 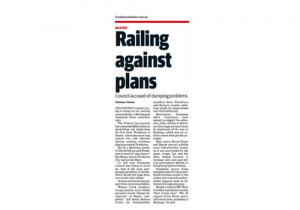 Turbull ‘determined’ to keep airport rail on track as state poll looms– The Age 8 June.  The budget also contained $225 million for an upgrade of the Frankston-Baxter line, $132 million to duplicate the Princes Highway between Sale and Traralgon, $50 million for the under-pressure Geelong line and $475 million for the long-awaited rail link to the rapidly growing Monash University area.

Now the hard work starts: Budgets, meetings and ‘roadshows’ make it a busy merry month of May $225 million in funding. Want to know more about the Frankston rail extension?