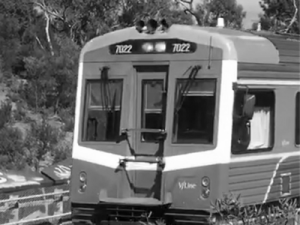 THE Victorian Government has started work on the federally funded business case to assess the costs and benefits of extending the Frankston rail line to Baxter.

The announcement was made on Monday 23 April at Carrum by Minister for Public Transport Jacinta Allan.  Ms Allan was joined by her Labor colleagues Sonya Kilkenny (MP for Carrum) and Paul Edbrooke (MP for Frankston) where they were inspecting work on the Station Street road bridge at Carrum, part of the level crossing removal program.

Committee for Greater Frankston CEO Ginevra Hosking welcomed the news. “This is one of our committee’s advocacy priorities, extending the metro line from Frankston to Langwarrin and ultimately to Baxter,” she said.  “It’s an important first step for a project that will transform public transport in Greater Frankston including connecting two of Melbourne’s most car-dependent suburbs to the metropolitan rail network – Karingal with a population of 13,500 and Langwarrin–Langwarrin South with almost 24,000 people.”

The committee is advocating for new stations on the extended line to service Frankston Hospital, Monash University’s Peninsula campus, Karingal and Langwarrin as well as a 1000-plus space commuter car park next to Langwarrin station.

The government’s media release stated the business case would “assess the costs and benefits of electrifying the line as well as additional enhancements including track duplication, level crossing removals, station upgrades, car parking and train stabling”.

In the media release, Jacinta Allan stated: “While we remove level crossings, build new stations and upgrade stabling and signalling – we’re also doing the work to establish the best option to extend the Frankston line to Baxter.”

Carrum MP Sonya Kilkenny stated: “Works are progressing well on the new Station Street road bridge – as part of a massive program of works that will transform our local community, providing safe and fast travel and more open space for all to enjoy.”

Federal member for Dunkley, Chris Crewther commented: “I am pleased that State government has now started the rail extension business case, using $3 million of the $4 million in federal funding secured in 2016. Having metro rail from Frankston to the Hospital, Monash University, potentially Karingal, Langwarrin and Baxter will dramatically enhance our region’s liveability: connecting local homes to more jobs, medical services and higher education; freeing up Frankston city parking; enough parking at rail stations and much more”

Committee for Greater Frankston president Fred Harrison said he hoped the wider community would support the extension.  “It will radically transform public transport in our region, driving job creation, getting cars off crowded roads, freeing up crowded car parks, improving prosperity, and making better use of public and private assets like the hospital and university campus.”